One of the most common issues brought to the attention of Family Lawyers in parenting proceedings surrounds the concept of ‘Parental Alienation’. Parental Alienation occurs where one parent acts in a manner which discourages their child’s relationship with the other parent. Despite the prevalence of this concept, the history within Australian Court proceedings demonstrates that it is an extremely difficult thing to define, prove and grapple with.

What is Parental Alienation?

The development of the concept of Parental Alienation across time shows us that it has not been an easy thing to define. The term was first coined by psychiatrist Dr Richard Gardner, who described it as a form of mental illness called ‘Parental Alienation Syndrome’. This term however, has not been accepted within the psychiatric profession and has been subject to extensive criticism. In particular, many people interpret Dr Gardner’s work as being misogynistic, being that he focused predominantly upon abuse allegations which had been levelled against fathers and suggested that these allegations are usually fabricated by an alienating mother.

These days, Parental Alienation is thought of as a form of relationship which exists between two parents. A useful working definition was provided by Professor Nick Bala speaking at the Australian Institute of Family Studies. He stated that “alienation occurs if one parent undermines the child’s relationship with the other parent, resulting in the child’s rejection of that parent based not on the child’s own experiences with the rejected parent but rather reflecting the attitude of the alienating parent”.

There are many different ways in which Parental Alienation can manifest itself. The most obvious form is one parent verbally denigrating the other parent in front of the child. Other alienating conduct however, includes restricting visitation time, monitoring the child’s communication with the other parent and asking the child to report back after visitation with the intention of construing this time in a negative light. Perhaps the most serious form of Parental Alienation is the fabrication of physical or sexual abuse allegations.

How do the Courts deal with Parental Alienation?

Parental Alienation is not an easy concept for the courts to deal with.

The first challenge faced by a court is attempting to establish the reasons why a child does not want to spend time with one of their parents. In particular, they are asked to determine whether the child’s rejection of that parent is justified, or if it is an irrational perception caused by Parental Alienation. As noted above, Parental Alienation can manifest itself in a number of different forms, but at its highest level, allegations of abuse may be levelled against a parent, requiring the court to uncover whether there is any truth behind these allegations. The court will usually rely heavily upon the views and recommendations of psychological experts and Family Report writers when making such determinations.

Even when Parental Alienation has been found to have occurred however, it can be equally difficult to decide how to deal with it. In these cases, it is usual that the child has formed a strong aversion to one parent, even if these views are irrationally held. When this occurs, it can be viewed as being detrimental and potentially impossible to force the child to spend time with the parent they have rejected. In these circumstances, the psychological harm which could be inflicted upon a child by forcing them to spend time with this parent could be viewed as outweighing any potential benefits involved in attempting to re-establish their relationship with them.

On the other hand, it can also be found that the alienating parent has demonstrated that they are not acting in the child’s best interests and that their conduct of alienation is a form of psychological and emotional abuse towards the child. In these circumstances, it may be said that the short-term challenges involved in forcing a child to live with a certain parent is worth it when you consider the potential long-term consequences of a child continuing to live with an alienating parent.

Case law shows us that Courts will not always decide these matters in the same way. There are a number of cases which have resulted in either outcome, depending on other elements of the case. Often these matters come down to the age and maturity of the child whom is rejecting the alienated parent and the nature and level of their aversion towards him/her.

What do I do if my child is being alienated from me?

These matters can be difficult to navigate. On the one hand, it is important to act quickly. The longer that you allow this to go on, the more your child may be alienated from you and the more challenging it will become to successfully negate the alienation. On the other hand, it is critical that you do not escalate the conflict or retaliate by acting in a similar manner to the other parent.

If you are concerned about Parental Alienation, speak to one of our experienced Family Lawyers as soon as possible. We can help you to navigate these challenges, while ensuring that you continue to remain child focused.

We offer a free initial appointment to all new family law clients. If you would like to make an appointment, you can contact us on (03) 8658-0040 or by email to office@johnstonereimer.com.au. 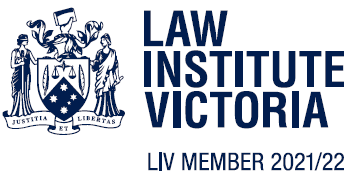