Dangers of informal “loans” from Mum and Dad

It is no secret that many young people are finding it increasingly difficult to “get on the property train” to buy their first home. They can’t save quickly enough to meet a deposit in the 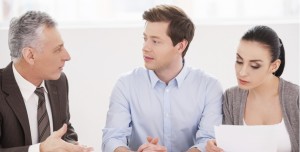 ever-increasing property market, even saving together as partners. Rents are high and the rental market tight. Mum and Dad have paid off their house, however, and are keen to help their son and daughter-in-law buy their first home. Mum and Dad may have funds in a term deposit or have shares (or are able to borrow money from the bank to provide for the deposit, using the equity in their home to secure the loan).

Unfortunately some years later the son and daughter-in-law’s marriage fails and they are faced with reaching a property settlement at family law. Traditionally at law there has been a “presumption of advancement” in these circumstances – moneys advanced by parents to children were presumed to be “gifts” unless there is clear evidence that the moneys advanced are in fact a loan. While this presumption has been eroded in recent years, the courts will still look at whether there is clear evidence that there was an intention by the parties to create legal relations.
The result, assuming that the parents are unable to prove the existence of a formally-documented loan (preferably secured by a registered mortgage), is that the moneys are included in the “net asset pool” of their son and daughter-in-law’s relationship as an asset – a gift – and available for distribution between the two parties according to the agreed or court-ordered “split” of the pool.

Such “gift” would in this case also be seen as a “contribution” on the husband’s side (from his parents), thus counting in his favour in determining the eventual “split” of the pool between the two parties). The parents are left out in the cold and are faced with having to deal with their son and ex-daughter-in- law to hopefully claw back some of their “loan”. After a property settlement, often neither “borrower” finds themselves in a position to help pay it back, unfortunately.

The alternative result is that had Mum and Dad made a formal loan secured by a registered mortgage over their son and daughter-in-law’s property, the loan is included in the net asset pool as a liability to be repaid prior to any property settlement (assuming of course the pool is sufficiently large to fund the settlement, mindful that the son and daughter-in-law also had a mortgage to their bank for their home loan).

No loan from parents to their children is guaranteed to be “safe,” beyond the rights a properly documented and mortgage-secured loan provides. However, the alternative of a “loan” being deemed a “gift” can be far bleaker!