Being questioned by the police can be a scary prospect; certainly an interview with the police is something which should be taken seriously and consideration given to a points before undertaking the interview. 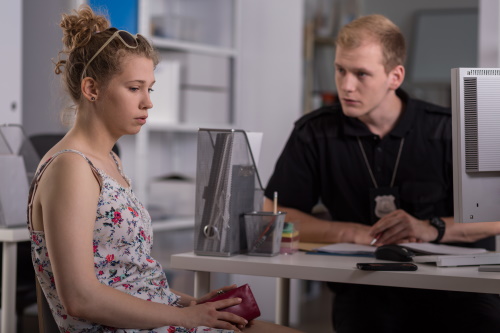 If police believe you have committed an offence, they may have grounds to arrest you and then interview you.  You should at this point ask why you are being arrested.

The police must have reasonable grounds that you have committed an indictable offence. It cannot be simply a suspicion.

Be polite with the police and remain respectful throughout the interview process, you can lodge a formal complaint later if required.

It is important to note that other than providing your name and address to police, you are under no legal obligation to say anything further. This is known as the right to silence. There are limited exceptions to this common law rule which have also been enshrined in legislation under the Evidence Act 2008 (Vic).

The right to remain silent when questioned or asked to supply information by a person in authority is a fundamental rule of the common law. This law was designed to prevent oppression by the police or other authorities of the State which have great resources and power in investigations.

It is an important aspect of the criminal law that no adverse inference may be drawn from utilising your right to silence. This means that police and Courts cannot use your silence to demonstrate guilt. To draw such an inference would be to erode the right or to render is valueless.

Under the Evidence Act 2008 (Vic) it is enshrined that an inference to a person may not be drawn from evidence that a person failed or refused to answer one or more questions or respond to representations put to them by an investigating official who at the time was investigating the commission or possible commission of an offence. Evidence of that kind is not admissible if it can only be used to draw such an inference.

The police must read you your rights prior to the interview commencing.

This is also called a ‘caution’. The caution used by the police is:

‘I must inform you that you do not have to say or do anything but anything you say or do may be given in evidence. Do you understand that?

I must also inform you of the following rights.

Communicating with a legal practitioner

It is important that you understand these rights and that if you do not understand them, that you request the police read them again or seek clarification on them.

If you have not been provided with legal advice, it is crucial that you attempt to contact a criminal lawyer that can provide some initial advice prior to the interview commencing. Do this as soon as the police officer cautions you, as anything else said can be provided in evidence later.

It is also crucial that you are provided with a private space to make this phone call away from the interviewing officers.

It is advised that you keep the criminal law firms’ number on a piece of paper in your pocket, if you wish to receive further advice prior to the interview commencing.

You also have the right to an interpreter if required. If you do not understand English very well, you can ask the police for an interpreter to explain things, they must be qualified (not just a relative). You do not have to pay for this service, police will pay.

You have the right to medical attention. (for example, if you need to take prescription medication or have injuries).

You have the right to reasonable refreshments and facilities (such as a drink of water or using the bathroom).

These rights are solely for your protection and it is important to exercise all these rights if applicable to your situation.

It is also important to note, that once the interview commences it will likely be video-recorded, if you have been invited to come to the police station for an interview at a particular time, it would be wise to make sure you are dressed well in order to look as presentable for the recording as possible, if you need to shave or get a haircut it would be wise to do this prior to the interview, the reason for this is that if the recorded interview is played at a future trial, your appearance and demeanour will be demonstrated to the jury.

In relation to answering questions in the record of interview, depending on the situation it may be wise to make a ‘no comment’ record of interview. This means that you must provide your name and address but otherwise have the right to silence and make a ‘no comment’ interview. We like to provide the following sample of an interaction you may have with the police; they will generally start off with some easy questions intending to build some rapport and then moving on to the more serious questions.

“What is your Name?” (MUST ANSWER)

“What is your Address? (MUST ANSWER)

Next question “Did you just come from work?” (NO COMMENT)

Next question “What did you have for lunch today?” (NO COMMENT and so forth)

In relation to the words “do anything” in the police caution, this includes that you do not have to do anything like signing documents, make any statements in writing, sign photographs or anything of this nature.

It is your legal right to remain silent or say no comment, even if you had spoken to the investigating officer in the foyer of the police station or in the car on the way to the station.

It will not assist your case to mix your interview with answering some questions but saying no comment to others. In some cases, a jury could be permitted to make negative inferences against you when you answer in this manner.

It is important to remain composed and remember to say, ‘no comment’, police are highly trained in eliciting responses from you. It may assist to bring a piece of paper along to the interview which says “no comment” to remind you during the pressure of the interview.

The police will ask questions from their angle, in the hope of receiving answers which assist their case, it is important to note that the police are not searching for the truth in a police interview, they are searching for information which can assist in their prosecution of you. The police will seek to compare your version of events, with another person’s version.  Your point of view may not be recognised or considered.

It is a jury’s duty to determine the facts presented, apply relevant principals of law to those facts and return a verdict, the Prosecution must prove the charges against you beyond reasonable doubt.

It is to be noted that if you are charged, you can state your side of the story later at Court preferably through your lawyer.

Seeking advice from a criminal lawyer regarding whether to make comment or no comment interview is crucial, there could be serious implications by making the wrong decision.

If the police have charged you with an offence or are questioning you about an indictable offence the caution and interview will be video, or tape recorded. Some police stations only have audio recording, whilst others have both video and audio. If the police wish to use any of the information gained in the interview at court, they must record any questions they ask you and your answers.

It is important to note that for some offences called summary offences, the police do not have to record their questions and your answers, they may write these down on a notepad particularly for driving offences such as drink driving, begging or being drunk in a public place.

There are a few options that can be undertaken upon completion of the interview, depending on whether you made a comment or no comment record of interview, and the evidence currently available to the investigating officers you may be:

If you are asked by police to attend the station for a record of interview, seek legal advice. You can call our office on 8658 0040 to discuss your case and we can advise you on your rights in respect of not only the interview, but the fingerprinting and DNA process, photo identification parades and photograph procedure. We have offices located in Lilydale, Berwick and the Melbourne CBD.

Contact us today for a no obligation, free consulation
Lilydale
2 Morecroft Place
Lilydale 3140